The COVID-19 pandemic has accentuated racial disparities in healthcare and health outcomes. For example, hospitalization and mortality rates for Black Americans are two, even three, times higher than those for White Americans. These health disparities have rekindled a longstanding debate about the use of race in clinical practice and biomedical research. In a recently published New England Journal of Medicine article, five genetic researchers who self-identify as Black provided their perspective on the use of race in medicine. 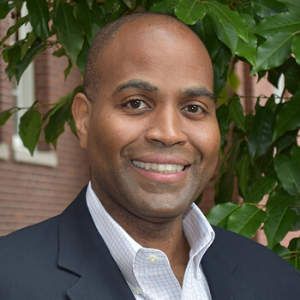 "There has been renewed advocacy in the medical community to exclude race in the consideration of clinical care,” said co-author Timothy Thornton, the Robert Day Endowed Professor of Public Health at the University of Washington School of Public Health and a professor of biostatistics.

“In this paper, we wanted to provide our perspective and we contend that ignoring race and using clinical algorithms and treatment guidelines based on studies of European ancestry populations can result in even greater health disparities in historically marginalized communities, such as African Americans," continued Thornton, who also serves as associate chair of education and graduate program director for the Department of Biostatistics.

The article notes that genetic differences by ancestry exist between people belonging to different socially constructed racial categories, and that these genetic differences may contribute to clinically significant health disparities. As an example, it cites the Clarification of Oral Anticoagulation through Genetics (COAG) trial, where the study’s algorithm for predicting warfarin doses was almost twice as accurate in European-ancestry populations as in African-ancestry populations. The results from this study indicate that race-specific algorithms could have provided more accurate warfarin-dosing prediction than a one-size-fits-all approach. But the full range of genetic factors affecting warfarin-dosing requirements in persons of African ancestry is unknown and further studies in large populations of African descent are necessary to address this disparity.

"Ideally, clinical algorithms and treatment guidelines should include genetic ancestry information in addition to, or in lieu of, race. However, we have not yet reached a point where genetic ancestry data are readily available in routine care or where clinicians know what to do with these data," said Thornton.

The authors say greater racial diversity is needed among participants in clinical trials and population genetics studies to help accelerate the appropriate use of race and genetic ancestry in clinical care. African populations have the greatest genetic diversity, the deepest historical lineage, and other benefits that indicate greater inclusion of participants of African ancestry in genetic studies could greatly advance scientific discovery.

The article also identifies the dearth of racial diversity in the scientific community as contributing to distrust in clinical trials by minority patients and notes that greater diversity is also needed among biomedical researchers and health care professionals.