Dog Aging Project to explore the health and lifespan of dogs 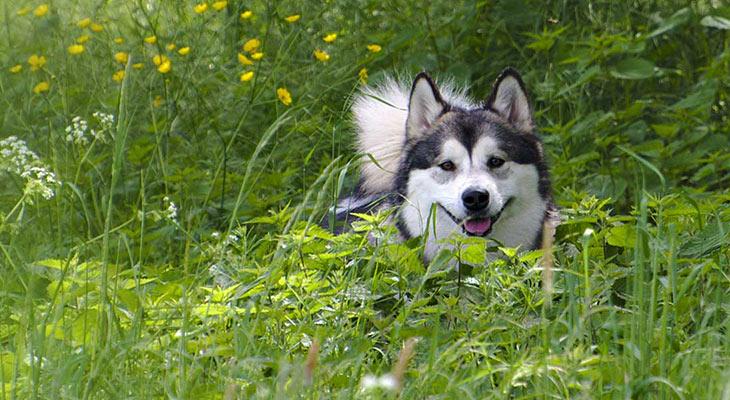 People want long, healthy lives for themselves and their canine companions. Discovering ways to achieve this for both dogs and humans is the goal of the recently launched Dog Aging Project, a 10-year study exploring the health and lifespan of dogs.

The initiative is a joint operation between the University of Washington School of Medicine and the Texas A&M University College of Veterinary Medicine & Biomedical Sciences. The study involves more than 40 investigators from a variety of fields and institutions, including several UW Biostatistics researchers.

The project plans to recruit around 10,000 dogs over the course of the study. Determining the mix of dogs to enroll and a developing a plan for how to recruit them are tasks that fell to the Cohort Design Working Group, a team led by UW Biostatistics Research Professor Robyn McClelland and Professor of Biostatistics Kathleen Kerr. McClelland also serves as co-director of the Collaborative Health Studies Coordinating Center (CHSCC) a data center housed within the Department of Biostatistics that has 30-plus years of experience organizing large scale NIH-funded epidemiological cohorts.

“A challenge of the working group was to figure out a balance of competing objectives,” says Kerr. “How many mixed-breed dogs versus purebreds? How many of each sex?  What sizes?  And importantly, how many of what age? As a study of aging, on one hand the study wants to see dogs as they age and know how long they live, which argues for enrolling older dogs.  On the other hand, it is a longitudinal study and by enrolling younger dogs we get to see more of the life course.”

Working with dogs is different than working with humans. For example, dog birth dates are often unknown and there are four sexes rather than two (intact females, spayed females, intact males, neutered males). But according to Kerr the project offers opportunities to make contributions to understanding both human and dog health. “Unlike lab mice, dogs are mammals that live in human environments and experience much of the same variation in those environments that humans do.”

McClelland, whose previous work has been entirely with human studies, agrees. “Each dog comes with an owner. There are so many interesting questions that will be answered by this study, both in terms of dog aging but also by extrapolation to human aging in some cases.  For example, the links between dog ownership and improved cardiovascular health in humans are becoming increasingly well recognized, so anything that extends the healthy lifespan of the dog may also have an impact on the health of the owner.”

For CHSCC analyst Sandi Shrager, the Dog Aging Project was an opportunity to meld her professional expertise with her personal passion and life hobby of canine health and development.

“I have four Alaskan Malamutes and signed up to participate in the project years ago when it was first conceived,” says Shrager who, along with her malamutes, is featured in the Dog Aging Project video.

“I came to be involved because of my experience in project management but also because my hobby is dogs. I am a breeder/musher and very active with the Alaskan Malamute Club of America as the health committee chair. I work with breeders, owners, and researchers around issues and projects related to health of the breed.” Shrager also works with the Canine Health Foundation on research into general health issues in dogs.

Shrager’s role with the working group involves consulting about overall project management and implementation and serving as the survey design manager. “I’ve helped design the baseline survey being sent to potential participants, the implementation of the quality control committee, and other operational aspects of initiating the launch of the study.”

Next steps for the working group including monitoring enrollment targets and shifting gears to the implementation phase where the focus is on making sure everything works the way it was planned.

Kerr’s work will also include serving as co-lead for the Data and Analysis Core and as chair of the Publications and Presentations Committee. CHSCC Research Coordinator Zach Drager, who worked to create questionnaires for the group, will assist in launching the operational aspects of the Publications and Presentations Committee.

Nominate your dog for the Dog Aging Project